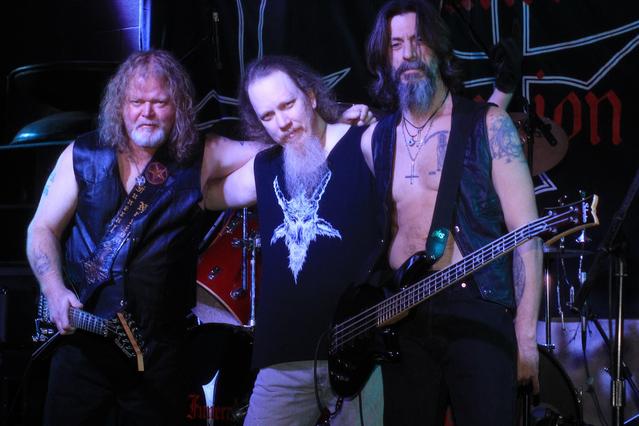 Funeral  Nation  is a Blackened/Thrash metal band that was formed in Chicago, Illinois in 1989.. from former members of the bands "Abomination" and "Funeral Bitch". The band has released 2 full length albums, 4 eps, a live album, 2 compilation albums, and various demos, splits and singles.

Funeral Nation has maintained the same original founding members since 1989, with the exception of Dave Chiarella being replaced with Dean Olson in 1991.. Funeral Nations current recording and touring line up is: 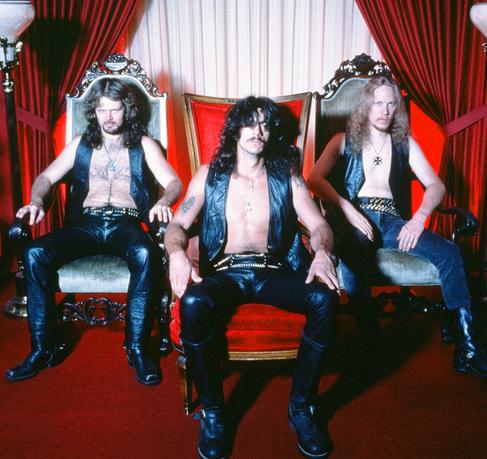 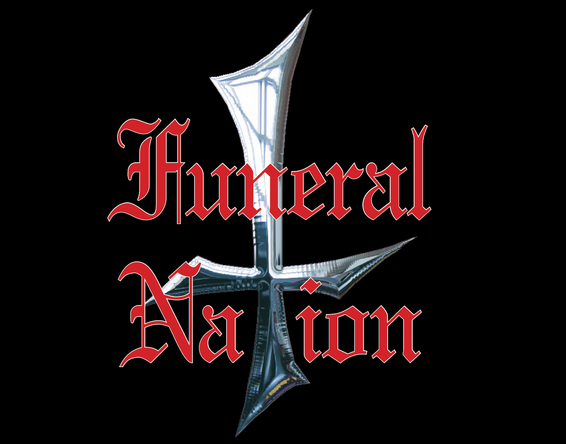 Thirteen years later in 2010, Dean Olson and Chaz Baker came together to determine whether or not to release re-issued material to South America. After repeated failed attempts to make something happen with the label from South America, the decision was made to get back together and release everything under Funeral Nation's own label  R.K.Productions. Soon after that the band started writing and recording new material.

In 2012 the band released "Devil's Radio" a recording of a live radio show from 1996. The band also released "Second Coming" in 2012 which was a full length cd consisting of both released and unreleased music from the 90's...In early 2013 Funeral Nation released an ep called “Wicked” that featured all new songs written and recorded from 2011 to 2013. This ep had Chaz doing vocals because Mike had not come back to the band yet.
Soon after the band recorded and released the ep "Wicked", Funeral Nation played a comeback show in May of 2013.. At this show Mike Pahl joined the band on stage to sing the last song of the night "Sign of Baphomet". After that show it was decided that Mike would rejoin the band and bring it back to the original 91 lineup.
The band continued to play shows in the Chicagoland area for the rest of 2013..

The band also reissued the "After the Battle" lp on limited  red vinyl through the German record label  Voice of Azram..

In early 2014 Funeral Nation toured Germany on its "Open the Gates of Hell" tour. Some of the highlights of the tour were playing “Metal Assault IV” in Wurzburg, and Skullcrusher in Dresden, Germany. Once back from the tour the band began writing and recording new songs for a new full length release later in 2014.. The band however suffered several setbacks later in 2014, and did not get started on the new release as quickly as we had hoped, but still managed to get a release out in 2014 and started working towards bigger things in 2015.
The band started playing live shows again in early 2015. In May 2015 the band released "Open  the Gates of Hell".. This was to be the remastered version of "Second Coming" for world wide release. We were not happy with how it turned out and put out a deluxe version in 2016 titled "Open Wide The Gates Of Hell" this version contained the correct songs and band information as well as bonus songs and a large booklet with lyrics.   Also in 2016 we decided to release a 25th anniversary version of "After The Battle". This came out as a double cd with the first disc containing the full album with its original studio mix as well as the song "Satan's Prey" that had been cut from the original release. The second disc contained 60 minutes of previously unreleased bonus material, and also came with a large booklet. This was titled     "After The Battle XXV".

The band has been doing shows in Chicago,  as well as other states around the US. Playing shows on the East Coast and playing as far west as Texas. In 2017 and 2018 we have licensed several reissues of older material for distribution in various parts of the world. We released a new self-titled Ep of all new material on cd recorded in 2017.

In 2018 we released a compilation cd on Vic Records titled "Molded From Sin" that covered our music from 1989 to 2017.   Later in 2018 our self titled EP with an additional unreleased song was put out on vinyl by Metal Bastard Records.

Around this time we provided another unreleased song for a four band vinyl split on NWN Productions with Goatlord, Gravewurm, and NunSlaughter.

We played several shows throughout 2018 and 2019. We finished off 2019 playing for the first time shows in South America. We played “Enemies of the Cross 3” fest in Santiago, Chile as well as other shows and personal appearances. While on tour we put out our 30th Anniversary cd “ANNORUM ERUENDOS”, that was a compilation of our music from 1989 to 2019.
It was later in 2020 that our 30th anniversary release was redone and released on vinyl in a double LP with a large book included in the gatefold production. This was released by Iron Bonehead Productions. We have also signed a pact with Iron Bonehead to release our newest release of all new material in 2021.

In 2020 we reissued After the Battle on Hammer of Damnation as a limited release to Brazil. This special edition came with a slip cover case and an included a poster. There is also talk with Hammer of Damnation to release Reign of Death and Abomination on cd as well, probably sometime in early 2021.
We have a couple more surprise releases in the works and will update this information as they develop and officially arrive in our hands.

Like everyone else our plans for 2020 and 2021 were made a mess of by the plague that has covered the world. As of this update we are planning to start recording our new album as soon as things start to open again. With a little luck we will have it in the hands of Iron Bonehead Productions by early 2021 for release worldwide.

We hope to at some point get back out to playing live again, but time will tell if touring or live shows will still be in the cards. We will all have to wait and see..

As always, We greatly appreciate your continued support over these many years. 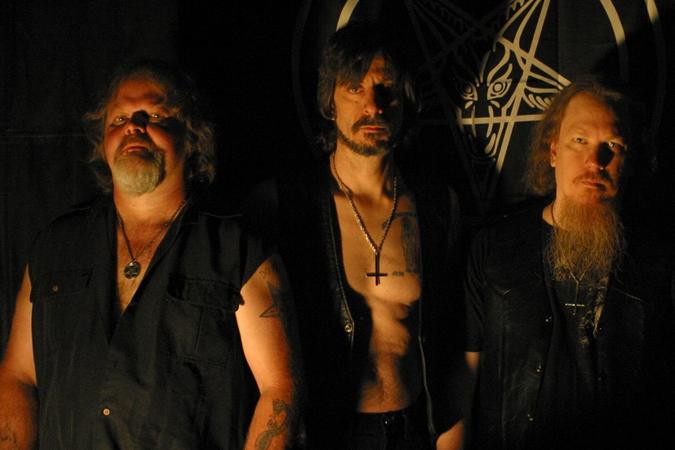 The "State of Insanity" demo was released  in 1989, and was the bands first official release. Soon after that "Reign of Death" in 1991 and "After the Battle" in 1991 were released by the record label  Turbo Records. These offerings gained positive reception in not only the Chicago metal scene, but also gained attention from the European thrash/metal scene as well.
After playing numerous shows in the Chicagoland area, and surrounding states in the US, the band was offered and accepted their first European tour in 1991. When the band returned from the tour they began writing new material, and due to musical differences Dave Chiarella left the band.. Soon after Dean Olson joined the band as its new drummer.

In 1992 the band recorded  "The Benediction" demo , followed by the release in  1994 of "All Hallows Evil" a live 7inch recorded on Halloween in 1993. In 1995 the band self released a compilation cd named "Come Kingdom Thy".
From 1991 to 1997 the band continued to record and play numerous live shows without the support of a major label. In 1997 the band recorded the "Deceiver" demo, that ended up not being released. At the end of 1997 Funeral Nation went on hiatus for a much needed break from one another after years of extensive touring and performing.